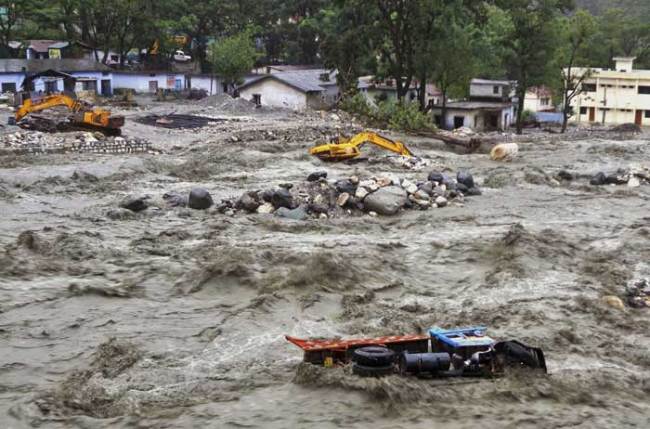 The floods in the Himalayas have been ferocious and deadly. Fears are that the final body count could run into several thousands. There is no clear estimate of the number of villages wiped out, property destroyed, roads washed away and hydropower projects damaged in the mountain state of Uttarakhand. The mountains are bleeding and its people have been left battered, bruised and dead.

We know that the Himalayas are the world’s youngest mountain range, prone to landslide and flash floods. But what we do not easily comprehend is that two factors have made the already vulnerable region more hazardous. One, climate change-related extreme weather events; Indian monsoon has become more intense. Studies show extreme rain events are becoming more frequent as compared to moderate rain events. Rainfall is also becoming variable and unseasonal. This is what happened in Uttarakhand on that fateful June 16. It rained without a break; some 200 mm came down within hours at a few places like Kedarnath. It brought down the mighty Himalayas. Rain was also unseasonal. June is still not considered the beginning of the monsoon season, so pilgrims and tourists thronging the region were caught unawares.

What really compounded the disaster—made it truly man-made—is the scale of development intervention in the past decade or so. This Himalayan region has seen unchecked construction activity, illegal and legal mining, unscientific road building and, of course, hydropower projects built next to each other. In Kedarnath large-scale construction has been done on the land evacuated by glacier in the past few years. It is small wonder that the water, moraine and stones came crashing down and took all with it. Many human lives were lost that morning and families shattered. This is the deadly and painful cost of environmental mismanagement.

Will we learn from this? Will we learn how to live with the excesses and shortages of water, particularly in the fragile Himalayan ecosystem? Will we learn that extreme rain conditions will require us to build a new water culture?

In 1991, environmentalist Anil Agarwal, after months of research for the publication, Flood, Flood Plains and Environmental Myths, brought to attention facts, which were then considered inconvenient. He wanted to understand why floods occurred, with greater intensity, in the plains of India. The common perception was deforestation in the Himalayas caused floods in the plains. Planting trees upstream would “fix” the problem. His research showed that the Himalayas were geologically dynamic, prone to landslides, which would in turn block rivers and create natural dams. The bursting of these dams made of rubble, stone and silt, would wreak havoc downstream. He then went on to argue that we needed to consider a Himalayan policy that took into account the fragility and vulnerability of the region. By then, road activity had started to scar the hills and landslides were increasing. This, in turn, was making it more dangerous for people to live there.

His message was tough: stop blaming the people living in the Himalayas for the floods in the Indo-Gangetic plains. Instead, focus on building a management system to live with floods; to harvest the excess water in ponds, tanks and groundwater recharge systems. It was the willful destruction of the flood plains through unchecked construction of buildings and drainage systems that had exacerbated floods. The Himalayas, he said, would remain vulnerable to landslides and flash floods and development would not work if it did not take into account the true nature of the region. Learn, therefore, to live with the hazards of the Himalayas. The bottom line is that we need to learn to live with nature and not have the temerity to think that we can overcome it.

He had another message a few years later on how we could optimise use of nature’s bounty. In 1997, he published, once again, a seminal volume, Dying Wisdom: Rise, fall and potential of India’s traditional water harvesting systems. It taught us how every region had traditionally devised a unique system of water management, which harvested rainwater and adapted to both scarcity and excess of it. The principle was catch rain where it falls. This system was different from how water bureaucracies functioned by centralising water storage and making its distribution through canals and pipelines the responsibility of the irrigation and water agencies. Agarwal argued, against conventional thinking, that this centralised system would not serve India in the future. We needed to rebuild our water systems of the past and in doing so use modern science and technology to improve it.

As we sadly witness the devastation and loss of lives, Agarwal’s messages hit home. The future will be even more uncertain and riskier because of extreme weather events and mismanagement of resources.

The way ahead is to respect the vulnerability of the region. It cannot be anybody’s contention that the Himalayan region must not see development. The question to consider is how it should develop: by building roads and hydropower projects or local economies based on tourism, which do not work against nature. It is also a fact that changing monsoon pattern will require us to optimise use of every drop and not allow rain to become devastating flood. Only then will the Himalayan tragedy not be repeated.

This is our agenda for survival. Let’s learn it fast. 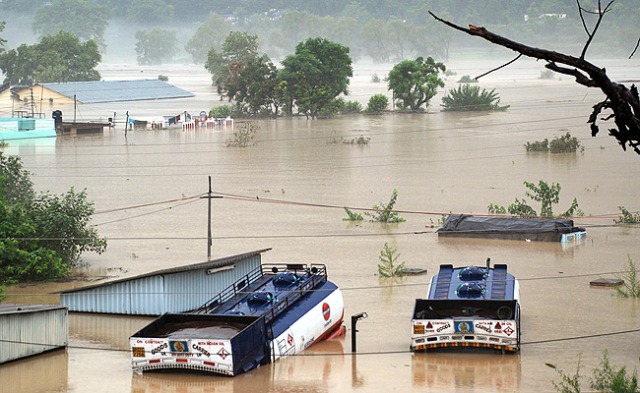